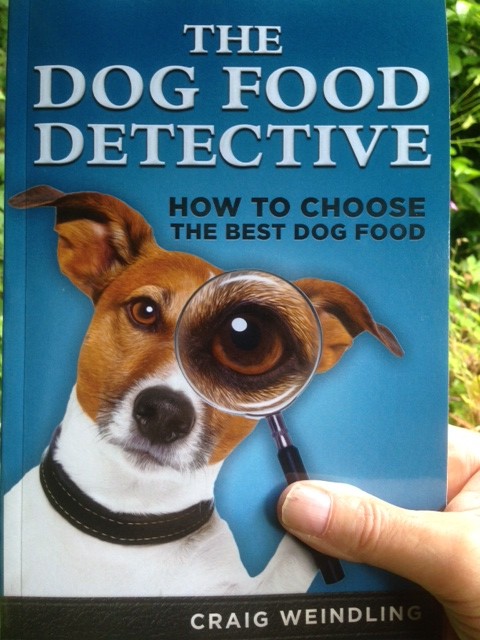 The announcement went out yesterday that the paperback edition of The Dog Food Detective is now officially published. There’s one final decision to be made before everything is in place, although that didn’t stop publication.

We’re still evaluating which printer can produce the best, reliable quality books for ongoing sales. A previous post mentioned some pros and cons of each. Here’s a bit more information leading up to this final piece of the puzzle.

Let’s begin with the approach to the cover

Originally, I had a preference for a matte finish on the cover, rather than a glossy finish. It’s a personal preference since I find glossy covers show fingerprints more easily and can have a distractive reflection. I also like the smooth feel of a matte cover.

When the first proof from CreateSpace (CS) arrived with a matte cover, it was not what was expected. The colors were muted, the lettering on the spine was slightly misaligned, and the back cover colors were slightly off. The biggest surprise was the feel of the cover stock itself. Rather than the comfortable smooth and inviting feel expected, it had an almost rubbery or spongy texture to it. The inside raised some eyebrows as well.

The inside pages are printed on creme paper

Using creme paper is another personal preference. I find it to be easier on the eyes, especially when reading outdoors. White paper can be harsher, although it works well for pictures and diagrams. Since The Dog Food Detective has minimal graphics, creme was a natural choice.

The creme paper in this first hard proof was more yellow than creme. It evoked a curious, old-fashioned feel which wasn’t entirely bad, but was significantly different from what was expected. Between the look & feel of the matte cover, and the appearance of the creme pages, another proof was ordered with a gloss cover.

When the second hard proof arrived, there was no doubt which appeared better. The colors on this second sample were much more vibrant. The spine lettering was slightly improved, as were the colors of the back cover. Most surprisingly, the interior pages had lost some of their yellow tint and now appeared more in line with a traditional creme color.

These improvements were encouraging. The book still felt a bit stiff in my hands, but not uncomfortably so. The reflection from the gloss cover was more than offset by the improvement in the color. As far as books from CS are concerned, the decision was easy- glossy cover wins the day. But what about books from the second printer?

The next proof was almost perfect

When the hard proof from Lightning Source (LSI) arrived, the spine alignment and back cover colors were perfect. The feel of the book was good, the creme colored pages were exactly as expected, and the print quality was excellent.

But the color of the cover was… not quite what I’d hoped. This is the printer who specifies the color file to be sent in a different “color space.” Whether this conversion was the cause of the color shift, or if it was the matte finish itself, is unknown. Whatever the cause, the colors seemed almost as muted as the earlier CS matte cover. Which means that final decision must wait just slightly longer.

The hard proof with a glossy cover from LSI was to be ordered yesterday. But the order had to be placed before 5pm. Central Time. By the time the matte proof had been evaluated and the decision was made to spring for a glossy proof the clock had just passed 3pm. Pacific Time.

So the final hard proof will be ordered on Monday. Because of the upcoming holiday (Independence Day, how appropriate!) I don’t expect it will arrive until the following week. As eager as I am to see this and move on, the $60 next day shipping charge just can’t be justified.

One this final proof arrives and the decision is made between matte and glossy, the intial print order will be placed. Although it’s quite likely that we’ll end up going with a glossy cover, it seems best to confirm that choice by seeing a sample first. Given the number of surprises that have arisen in these final steps already, waiting one more week is a small price to pay to avoid one, final surprise.

For those of you who have preordered books, or are waiting for your autographed copies, this does mean an additional week of waiting. Your continued patience is greatly appreciated— just know that your names are at the top of the list once the initial order of books arrive.

We hope you feel it will have been worth the wait while we do our best to get everything right!

Send me updates for
The Dog Food Detective!